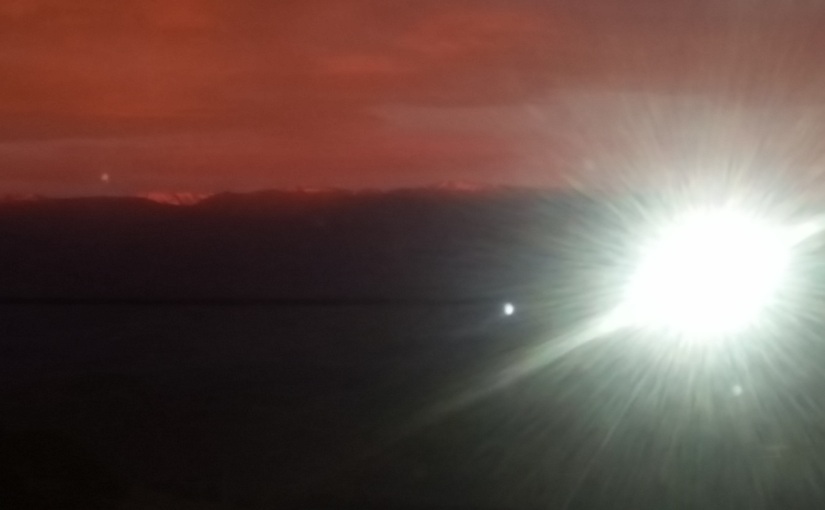 WHAT ON EARTH IS GOING ON WITH MY ONLINE PERSONAS?SLIDESHARE

Without a doubt this has been the most challenging piece of writing I have ever undertaken. I am quite literally incapable of completing it..

Constructing identity is so essentially human that it arose long before today’s digital age. Constructing online identity is simply another adaptation, if a dramatic one, that humans are making to negotiate fundamental changes in social organisation, just as we occurred duing the transtion to literacy. The process of being able to adapt the “I”, of being able to re-adjust identity as structure changes, has been a potent survival weapon. It allows us to best advantage ourselves in a changing world.

The ‘natural’ perception of ‘self’ upon which ‘identity’ is constructed was long perceived as being ‘a unified whole’.  Post-modernist theory has undermined and replaced this concept, developing an understanding of the ‘self’ as being ‘non-essential’, fragmented and fluctuating, identity ‘as much a shifting as fixed thing’ (Barry, P 2017 p 305) a varied series of ‘mes’ rather than the unified whole.

This is counter-intuitive; we ‘know’ the single, integrated entity,  comfortably identifiable as ‘I’, ‘the sign which will give meaning to all others’ (Eagleton,T 1983, p 131)’. The notion of this not being so is inconceivable. There generally is no question, either, about whom that “I” is.

Despite its illusory nature, the knowledge ‘I am’ brings cohesion, and the ability to fuse the various aspects into a single entity that functions effectively.   However, this is not true of everyone. It is not true of me.  My self-perception is unstable, unreliable, and at times rapidly mutates in response to doubts, fears and other stresses.

My inability to function without a deep sense of alienation is connected to the fact, recently discovered, that at least 4 generations of my family are on the autism spectrum. Autism expresses itself in a variety of ways; I am at the upper end of the spectrum, an “Aspie” and this knowledge thas helped me more clearly understand myself, and the struggle I have to be able to function.  Knowing, however, does not prevent problems from occuring, and this is one of those times. It is impossible for me to do an intellectually reliable, honest self-conscious analysis and creative self-reflection on my online identity.

This does not mean that I am not active online. I hold accounts on Facebook, including my crochet page,  Jennywren1445 Handmade. The main role Facebook plays in my day to day life is very sporadic, not in the least consistent, and I largely use it for contacting family and friends, and for co-ordinating with my grandson’s figure skating group. The only other Internet presence I had was blogging sporadically on WordPress. shouting out is my bolthole, where I write under a different name, where I can let my sense of disconnection and my alienated ‘self’ run wild. Most of my poetry uploaded, but remains unposted. Not many people are aware that I write – this is my secret self.  There was no connection whatsoever between my online identity there or with my FaceBook personas.. 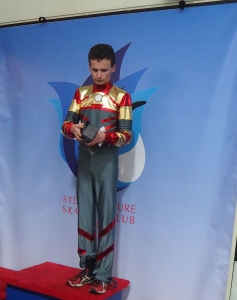 What is significant is that none of my websites ‘work’ as points of connectivity, as social spaces where I deliberately try to build connections for me with anyone specifically, save in the most rudimentary of senses, and my online identities are not cohesive or consistent. I do not use my online life as regular part of social networking, except in the case of my grandson, and I have never sold even one item from my Facebook site; I have never been able to work out how to do it, have given up trying , and am too embarrassed to ask for help. My online identity and my sites follow the patterns of autistic behaviour. I simply have almost non-existent social networking.

The effect of https://platform.twitter.com/widgets.js” target=”_blank” rel=”noopener”>autism on identity is complex, but in my case its major impact is on socialisation skills, and on perception of self. I am hyper self-critical, always hearing the criticism that is never spoken, always seeking approval, convinced others will hold me in contempt or, even worse, pity me. There is no logical reason for any of this, but even discussing it causes stress.

I frequently misinterpret words, directions and actions, cannot fill in forms, cannot follow a manual or written instructions, and usually need ‘hands on’ help in mastering any new activities. I am compulsive, and unable to adjust my expectations of myself.  I have never been able to discuss personal issues with anyone, not even following when it concerned inappropriate sexual behaviour. I am also insistent on doing things for myself, with at times disastrous results. I talk too much in order to cover up what is extreme nervousness.

All of this results in physically distressing levels of emotional stress, culminating in major anxiety and episodic, immobilising, depression.  To get by I ‘spontaneously’ became an expert at ‘performative’ strategies; I learnt how to conceal ME in order to survive. People meet me and often find a confident, noisy, sociable extremely talkative person.  Until I fold under the pressure.

David Marshall has published extensive research on the creation of online identity. He connects ‘Celebrity’ with the drive to create online identity, and argues that it was developed as a

‘pedalogical tool and specifically a pedagogical aid in the discourse of the self … Celebrity taught generations how to engage and use consumer culture to ‘make’ oneself.’ (Marshall PD 2010 p 36)

The idea of Celebrity being a ‘pedalogogical tool’ is concerning. Performative behaviour of the Celebrity and the commercial infrastructure built up around each one is designed to attract attention, to gather admiration and social prestige, to be a pusher of products, while themselves BEing a product . That Marshall designates its purpose to be the training of generations on ‘how to engage and use consumer culture to ‘make’ oneself is even more so. In Adam Brown’s lecture notes, Marshall is quote as saying that ‘self-production is the very core of celebrity activity’ (Marshall (2010, p.39)  and ‘the organisation and the production of the on-line self’ … has become at the very least an important component of our presentation of ourselves to the world’.  This is a fundamental gulf…….Performative behaviour here is designed to attract attention, to gather admiration and social prestige – not to create a place where the ‘I’ can escape reality, find a have

finish up, it is important to tackle the most critical question of access identity or online persona, it is important to start with acknowledging both the extraordinarily structure of Web 2, and its extraordinary elitism. [QUOTE] Leaving aside the inheritant struggle between the majority enjoying its freedom and increasing connectivity, and the elitists who struggle to maintain old power relationships between those who are socially, politically and culturally dominant – the  creative ‘experts’ and their ‘audience’, who are passive and reactive (QUOTE HERE), there is the most critical issue of access. The vast majority of the world’s population does not have unlimited access to the internet, not through reason of political repression, but through questions of access and EQUITY ….. This is an issue to which I will return

It was to a great extent expedience rather than ‘self-conscious.******

However unlike many of my generation, I had other sites where I was active. In the early 2000 I established a web site for my husband’s Jerobi Basset Kennels, Jerobi Bassets, which is still up on Bravepages as legacy site. This was the first website I was involved with, and I did all the coding etc. Then in 2011 I started sporadically blogging on WordPress. This is where I centre my passions – blogging, and particularly writing poetry. I’ll come back to this in some critical detail …. tie to emotional and mental problems (QUOTE) Around the same time I set up a further website for ATACTAS – Action for Tasmanian Autistic Children. In addition, I’ve put out the bulletin etc etc ”’

However, it is my newest online persona that is most problematic and ????

careful manipulation, image control, need to vary focus, different aspects to understand, to perform appropriately, to a specific audience, highlight what will most advantage, what will least damage

is uniquely placed in relation to comprehending the significance of these social changes. We grew up in the world BDT – before digital technology. Our identities developed under, and at times in conflict with, top-down power structures: the majority of us were not produsers, but passive consumers.

Martin, Jay 1988, Who am I This Time?Uncovering the Fictive Personality, W W Norton, New York, London, Ch 1, The Life You Live Might Not Be Your Own, pp 21-3Naughton,J 2008 Blogging and the emerging media ecosystem, <https://robertoigarza.files.wordpress.com/2008/11/art-blogging-and-the-emerging-media-ecosystem-naughton-2006.pdf>Smith, S and Watson, J 2013, Virtually Me, A Toolbox about Online Self-Presentation, in Poletti, A, & Rak, J (eds) 2013, Identity Technologies: Constructing the Self Online, University of Wisconsin Press, Wisconsin. Retrieved: 30 November 2017 <http://ebookcentral.proquest.com/lib/deakin/detail.action?docID=3445384.>

I am a 76 year old grandmother of 9, mother of 3, and happily married for almost 56 years. I was born in Sydney NSW, spent my first 43 years living there, but moved with our family to Tasmania in the mid 1980s seeking to leave behind Sydney's increasing madness. Following our usual gypsy pattern, we travelled around the state for some years, living in the North-West, the Midlands, the Central North, before finally settling well and truly in the beautiful Derwent Valley at Black Hills. It took just under 20 years of discovering Tasmania for us to finally came "home". I now live under wide skies with glorious views of the countryside, the hills and valleys of the Upper Derwent, approximately 50 minutes drive from Hobart and 20 minutes west of New Norfolk. Our home is high on an escarpment looking out to Mount Field, and as the photo shows, often wrapped in mist and floating on cloud lake. Writing poetry is my passion. It expresses my life, the ups and downs, the sadness and joys, the beauty and the ugliness in which we are all immersed. It is in my poetry that you will find ‘me’. In my writing I travel through the stages of a long life, all its highs and lows, its fun and frustration. I've resumed student life by enrolling in my MA (Writing and Literature) at Deakin University. Just as important, if not more so, I write and rewrite so that my poetry can reach out and touch as many lives as possible. View all posts by The Edge Alone